We are an award-winning business to business digital media and events business. We inspire, connect and inform through our market-leading brands.

We are defined by our values – we pride ourselves on our entrepreneurial culture, laser-like focus on customers and our ability to constantly adapt to the ever-changing digital information marketplace. It is our mission to inform and innovate with integrity, honesty and fairness. 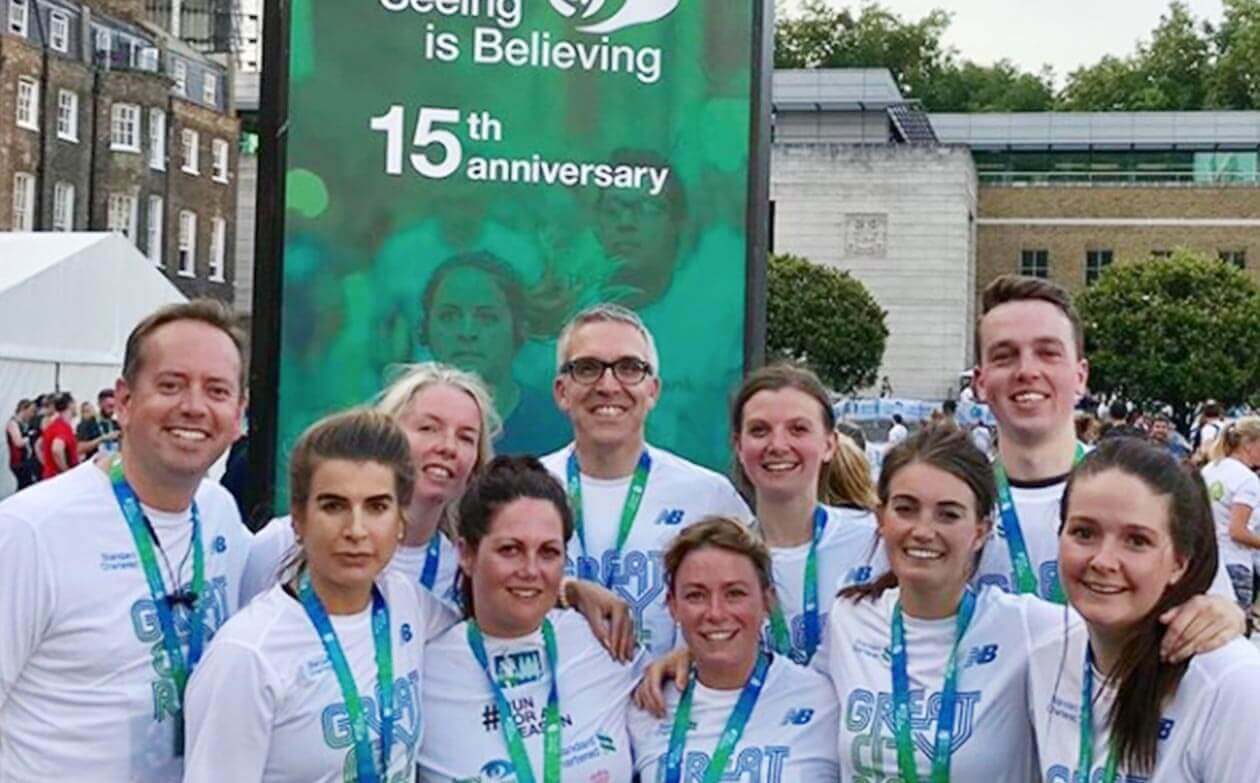 Our promise to you

Our business is about people and relationships and we strive to provide the very best service to our audiences and our clients. Our processes are built around the principle that dealing with Incisive Media should be easy, friendly, straightforward and professional.

Our audiences and their preferences are the drivers for the way that we create and manage our products and services. Everyone that works at Incisive is deeply embedded in the markets that they serve and we continually talk to our audiences to better understand their needs and the issues that are affecting their working lives. 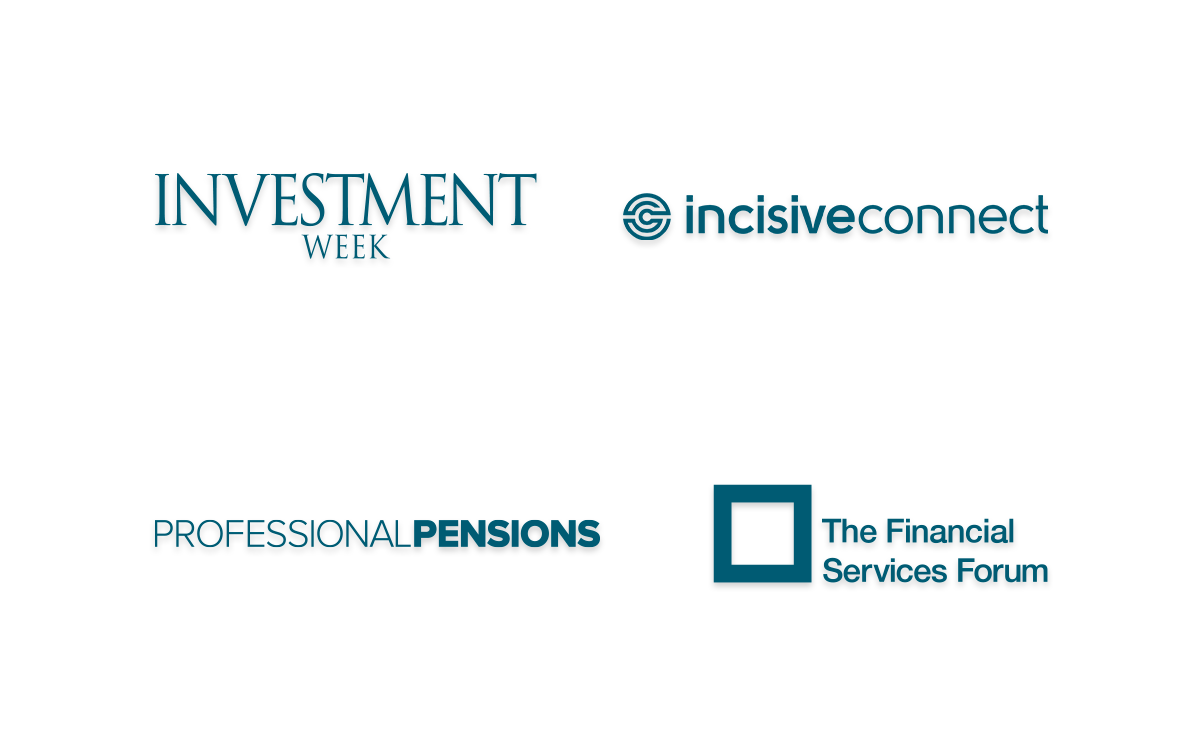 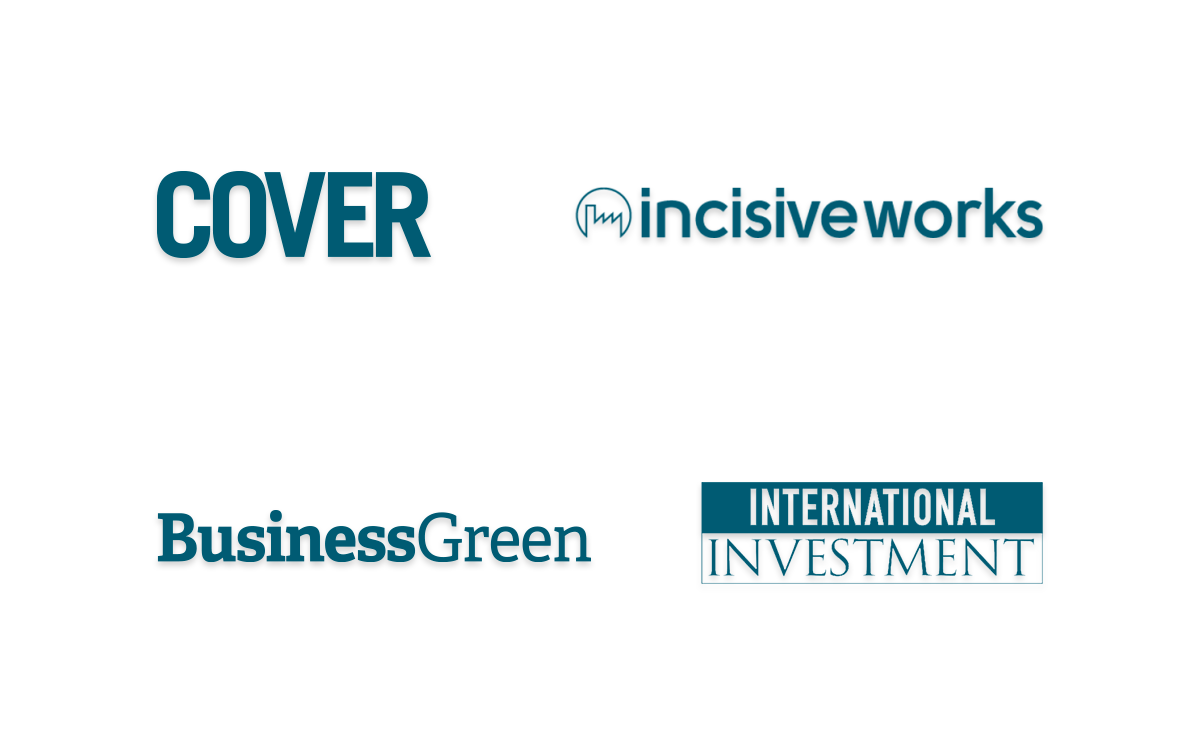 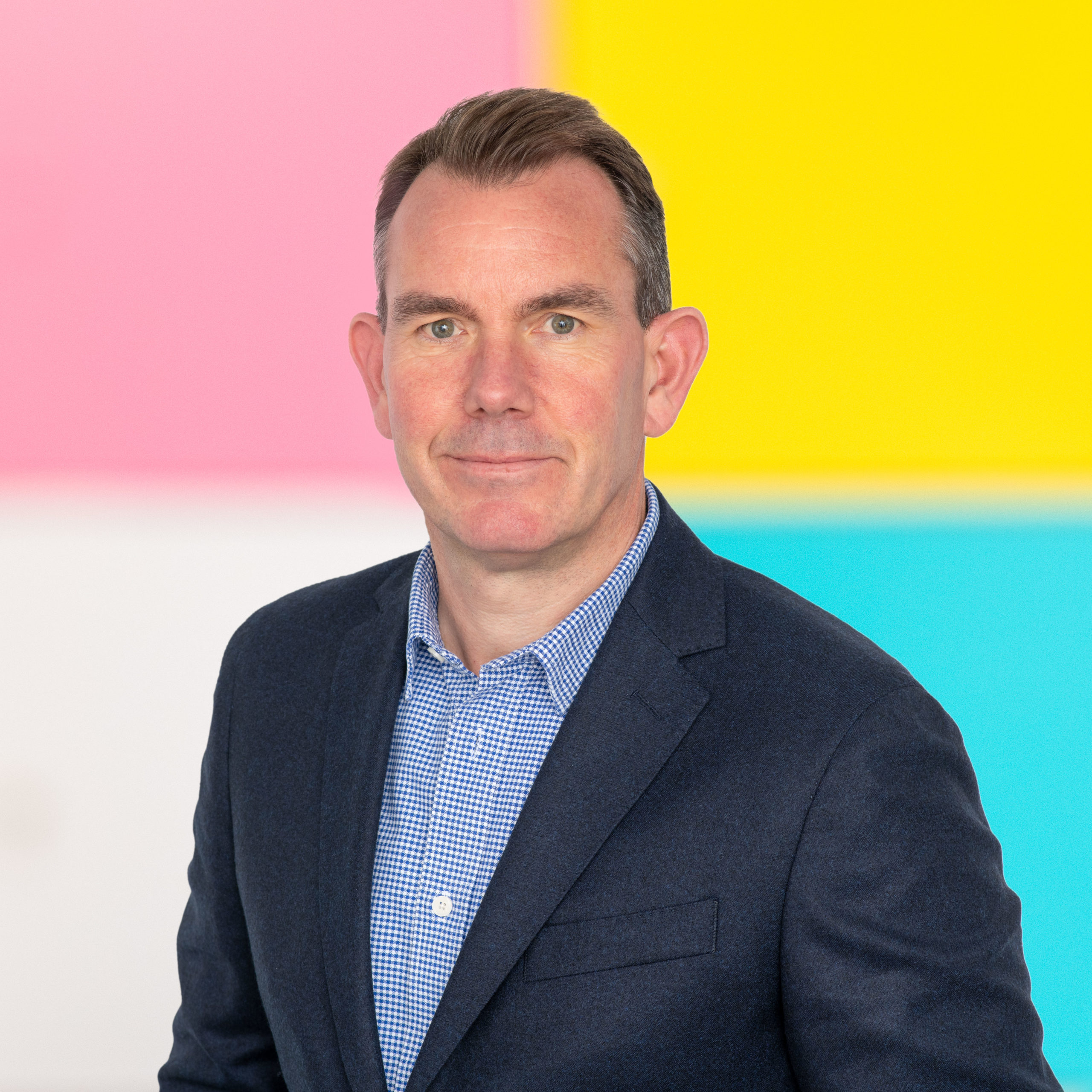 As CEO Jonathon is responsible for the strategic...Read more

As CEO Jonathon is responsible for the strategic direction of the business. He joined the company in 1998, managing a number of divisions of the business including five years as managing director, Asia Pacific based in Hong Kong and was appointed CEO in 2017. Under his leadership the business has become a fast growing, award winning and much admired b2b digital and event leader. A recipient of the 2020 LDC & Telegraph 50 Most Ambitious CEOs, Jonathon also serves on the board of the PPA and Gambit Media Ltd 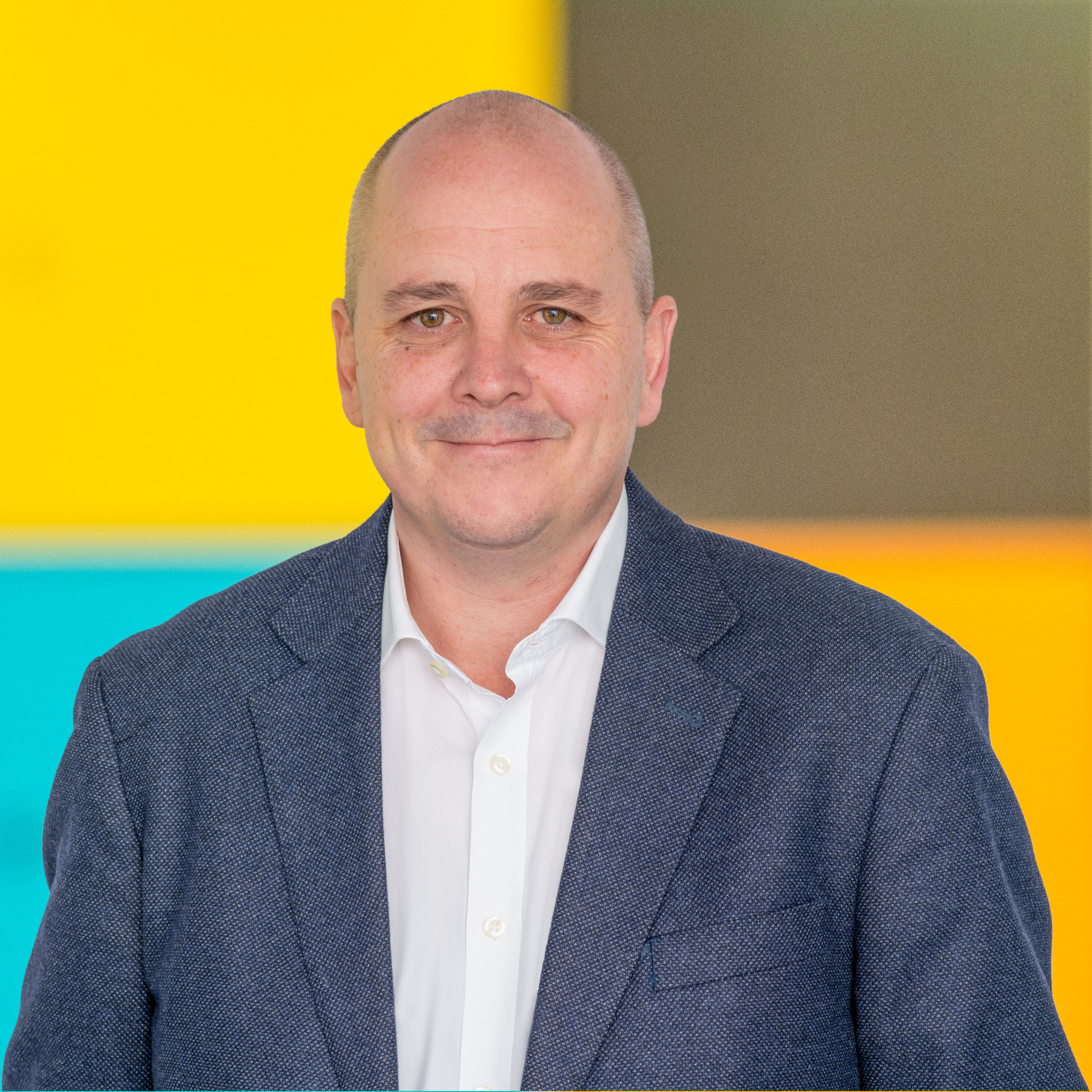 Leighton joined Incisive Media over twenty years ago and has worked across the finance function including the corporate finance team. During that time the business has been privately owned, publicly listed and under private equity ownership. He has gained experience and played a key role through numerous ownership changes as well as in over 20 acquisitions and disposals. He has managed a team of up to 30 staff in the UK, managed the overseas finance functions in the US and Asia and was responsible for setting up those functions to support the expanding international business. Leighton was part of the management team that took the business back under private ownership in 2017.
Today, Leighton is responsible for the group financial management and operations of the business including finance, legal, property and IT. He is a Fellow of the Chartered Institute of Management Accountants. 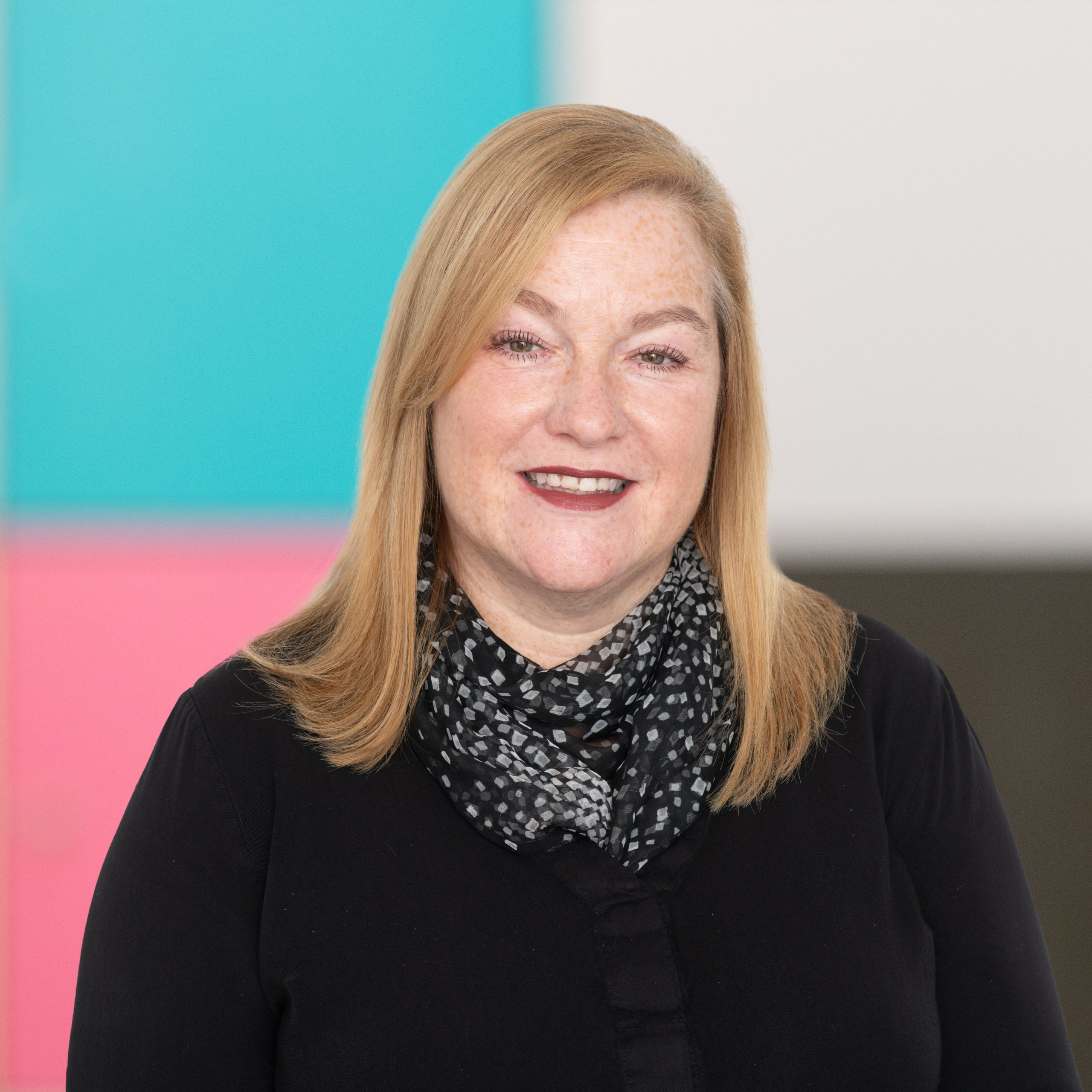 Emma heads up our HR function, overseeing the full employee lifecycle, and has over 15 years’ experience in a variety of HR areas. 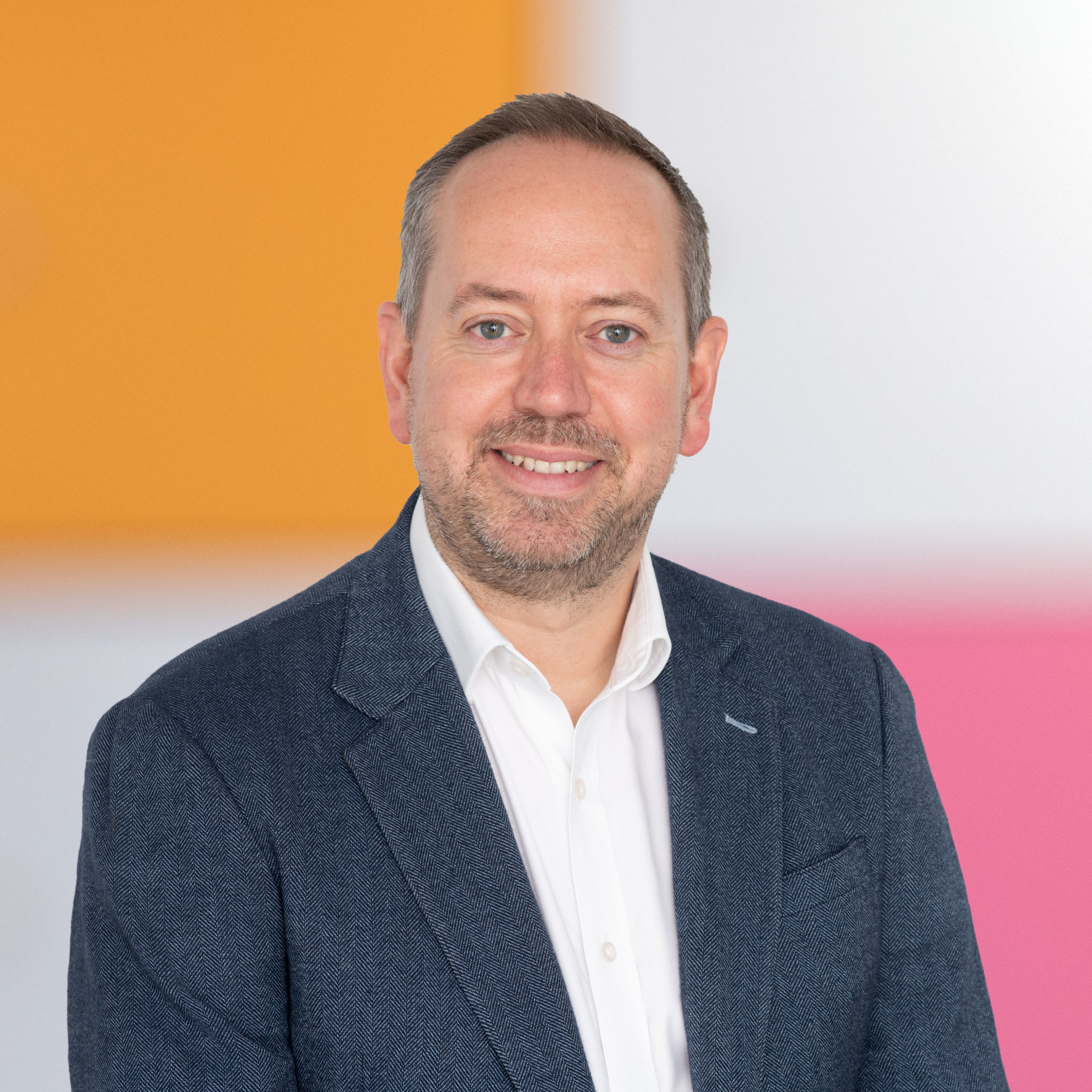 Kevin joined Incisive Media in 2000, and held a number of commercial roles in the business before becoming the Managing Director across our Financial Services Brands in 2018. 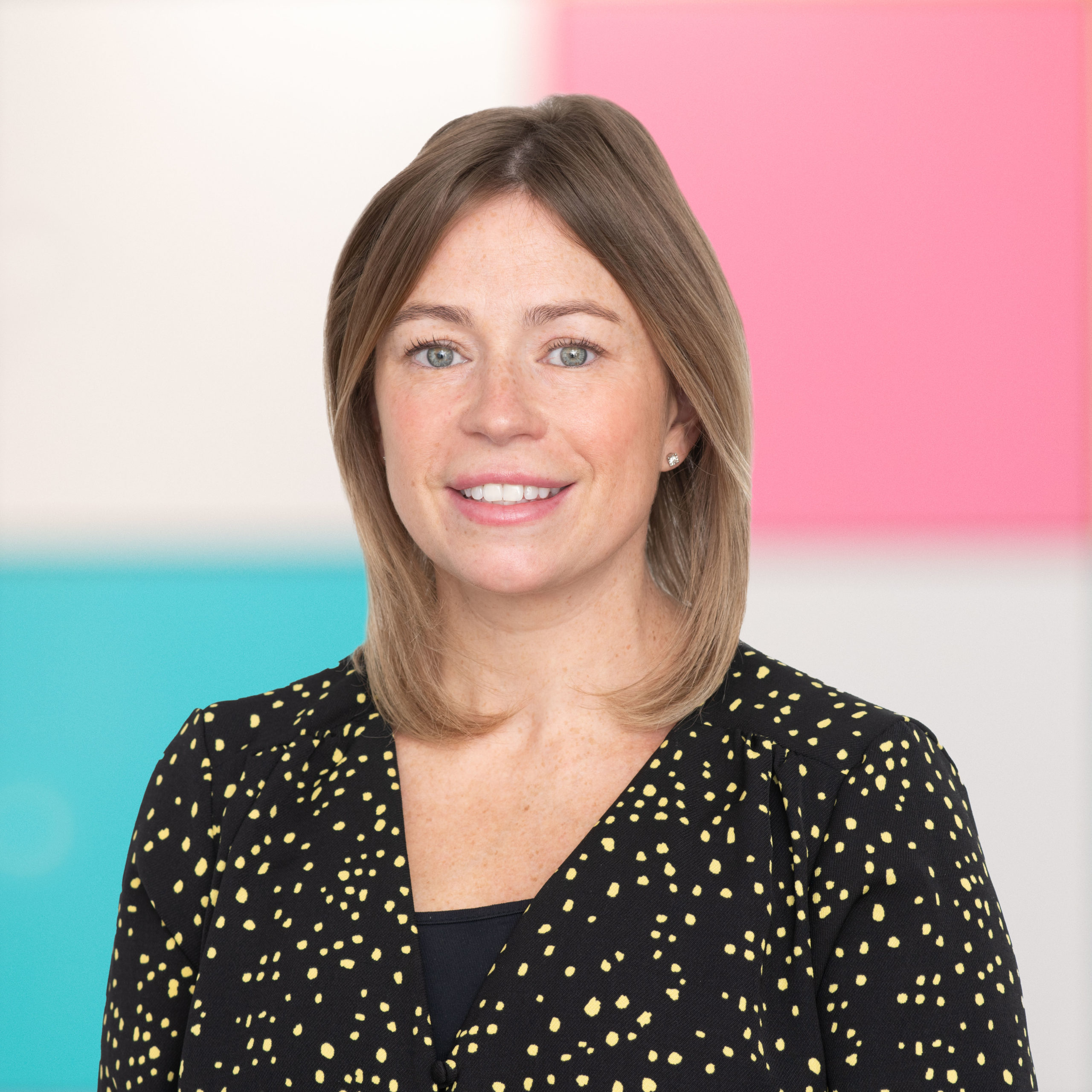 Sophie joined Incisive Media in 2007 and is responsible for leading the marketing, data and design strategy across the business. She has been instrumental in the success of our event portfolio and with the business growing fast, she now plays a key role in overseeing our customer success and events ops teams. 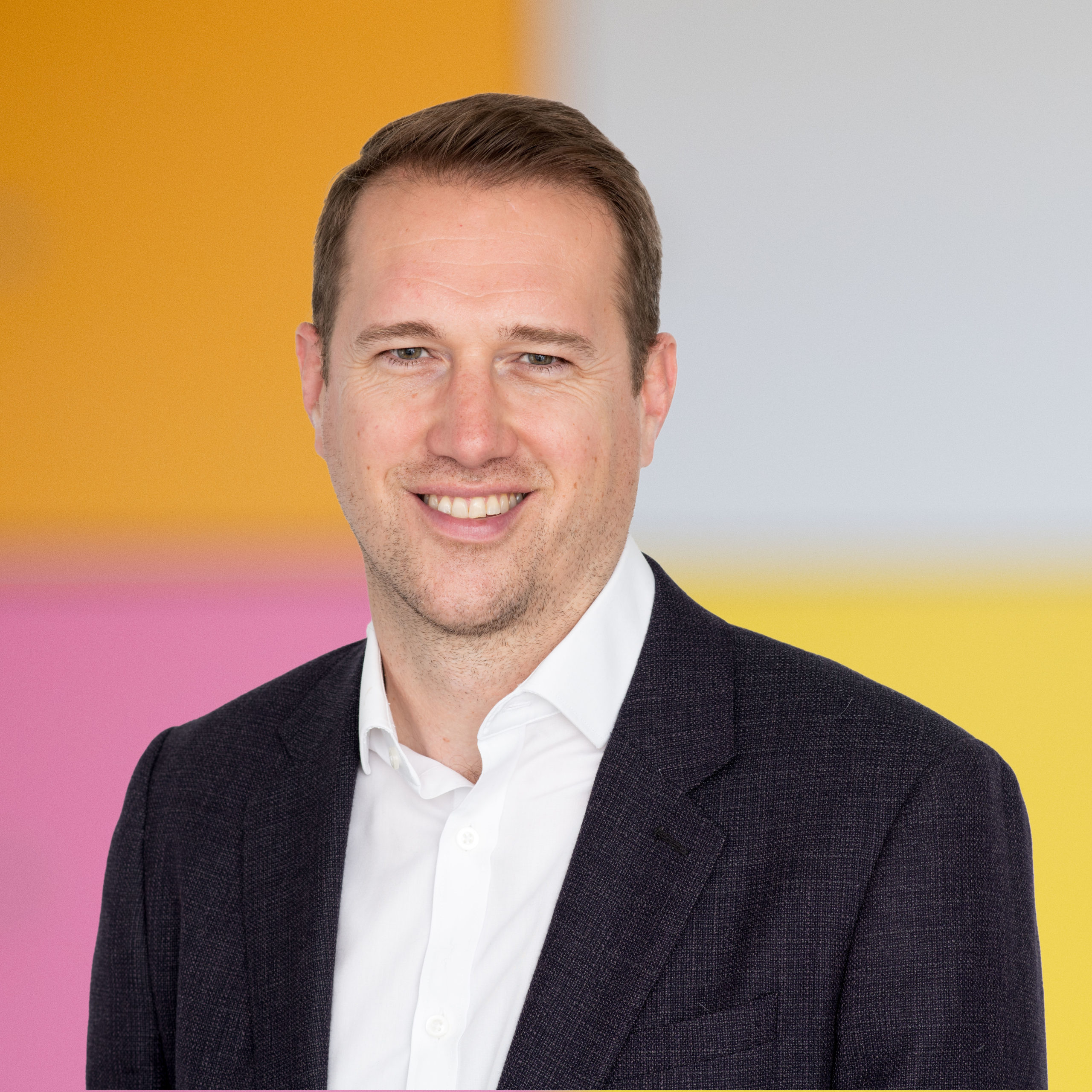 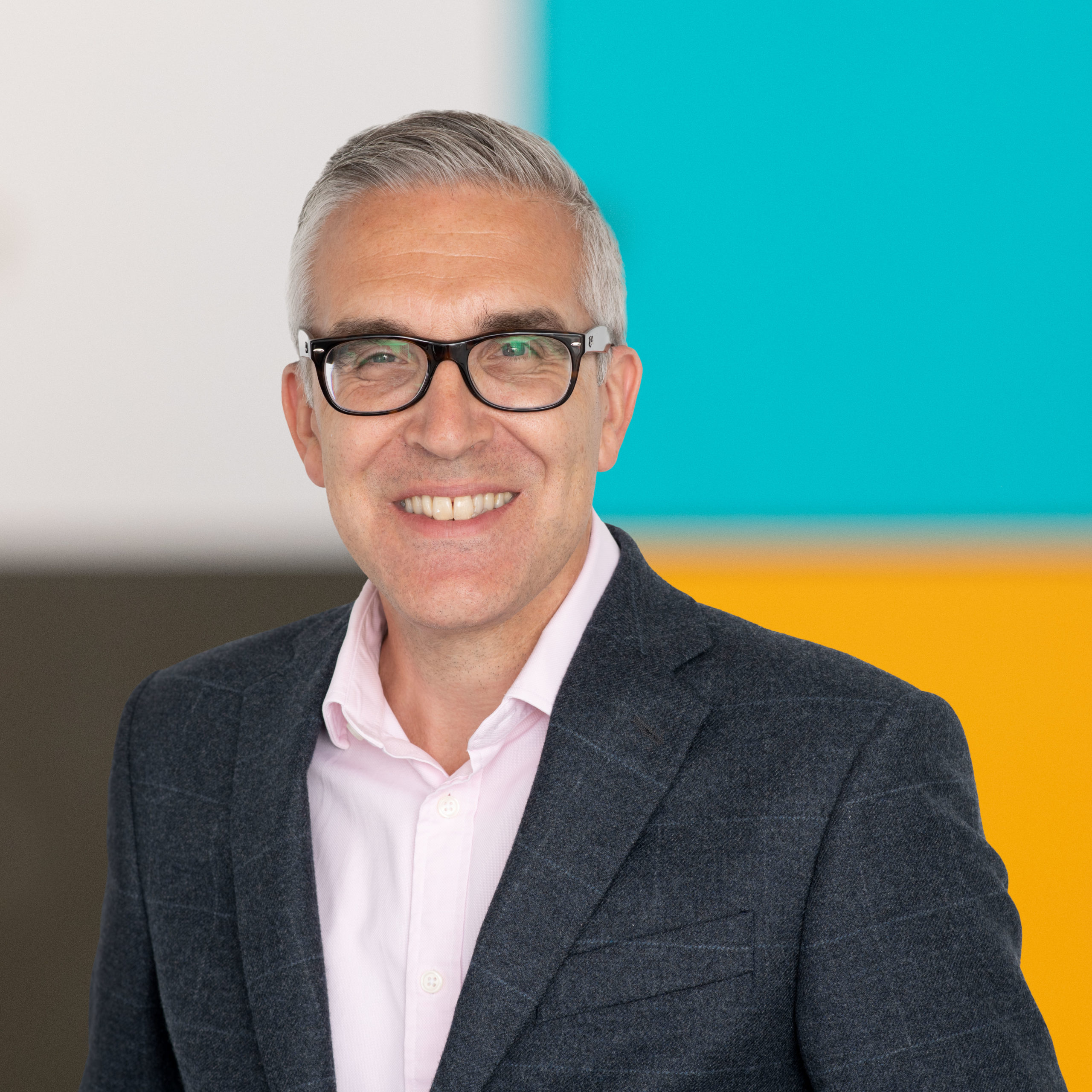 Robin joined the business in 2015 and leads...Read more 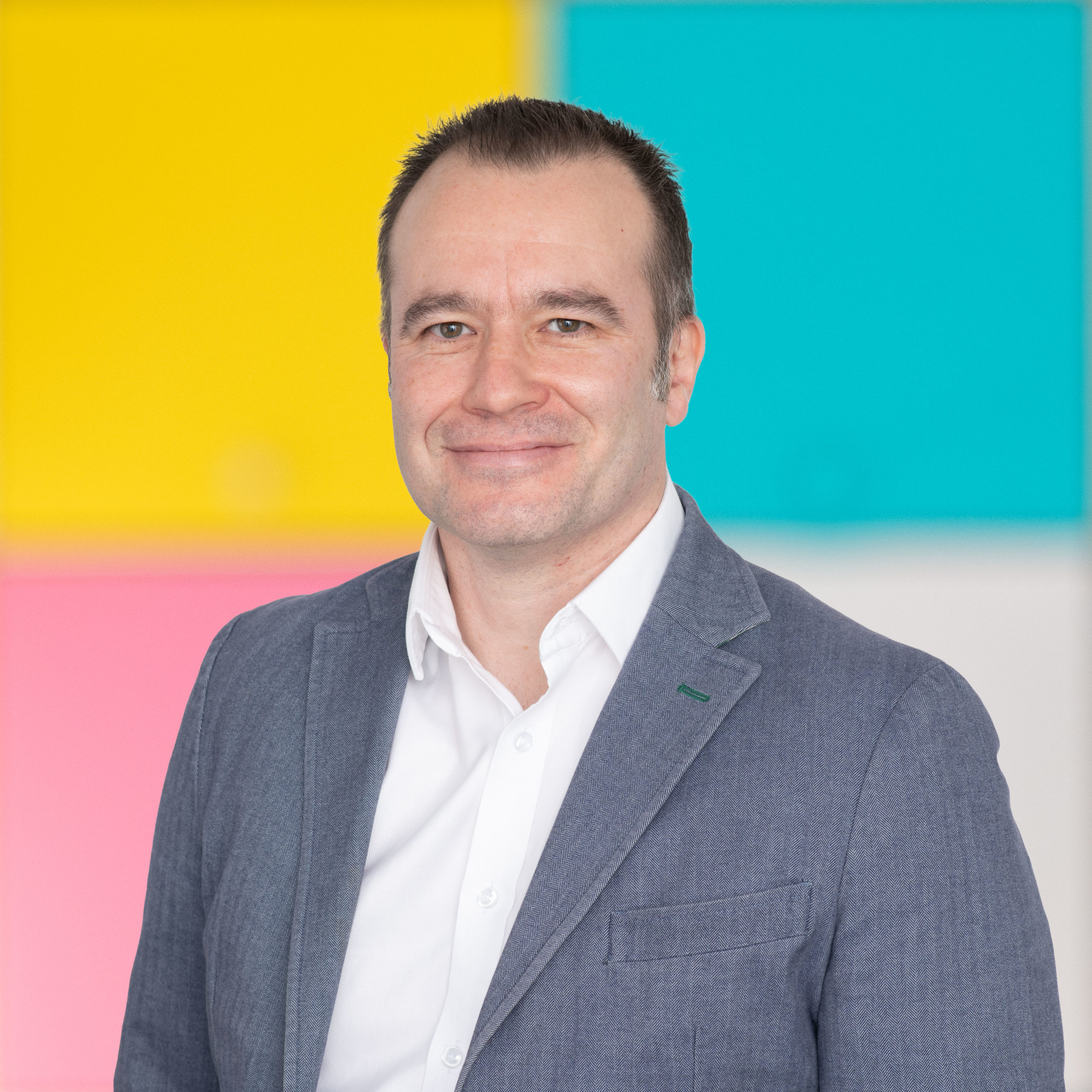 Paul joined the company in 1999. He is responsible for the management of our sales teams and the commercial strategy and revenues of the business. He was promoted to the role of chief revenue officer in December 2021 with the mission to drive the way we deliver greater value for our clients. 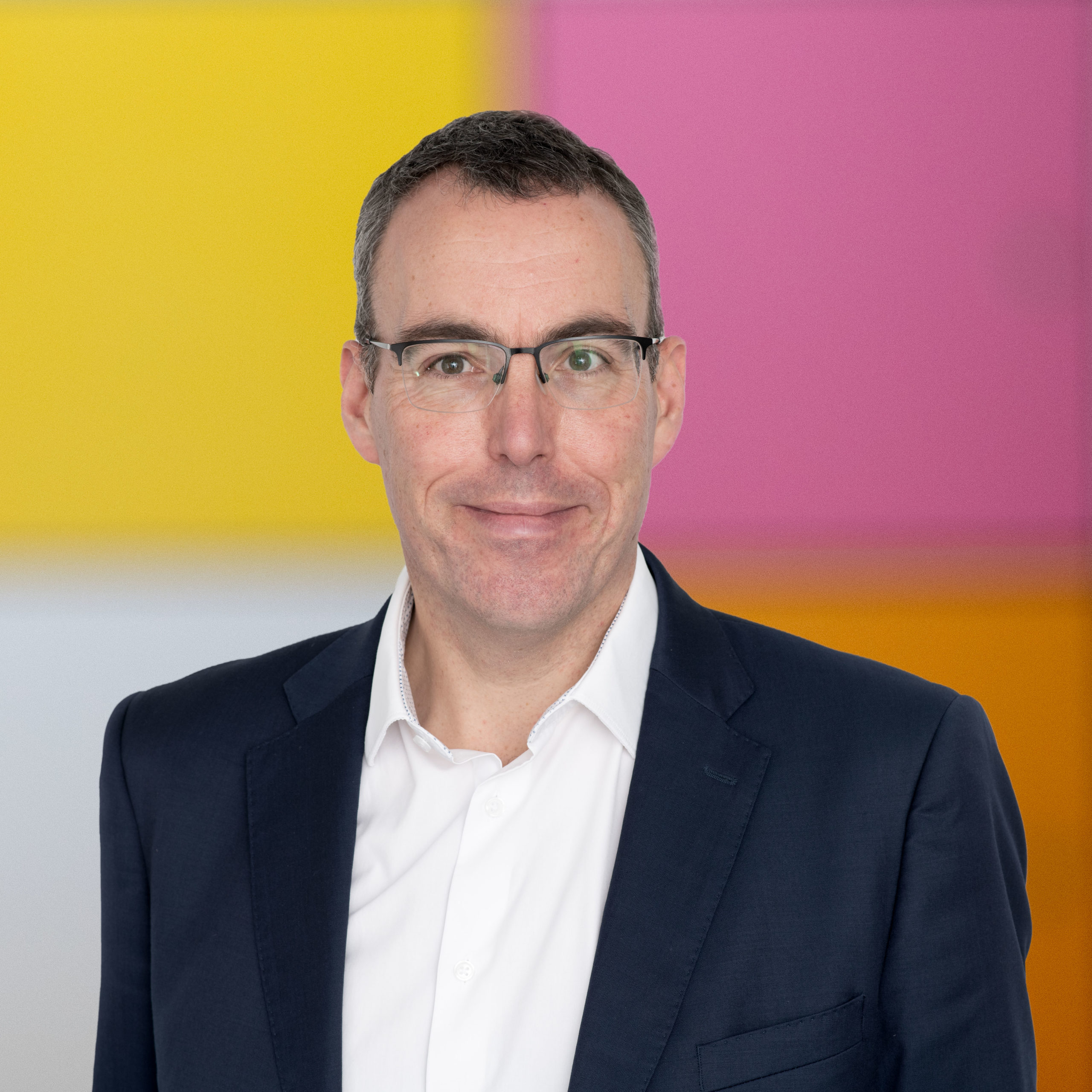 Jonathan has over 17 years' experience in journalism,...Read more

Jonathan has over 17 years' experience in journalism, beginning his career writing about capital markets in Russia and East/Central Europe before he started to write about occupational pensions and benefits in 2001. 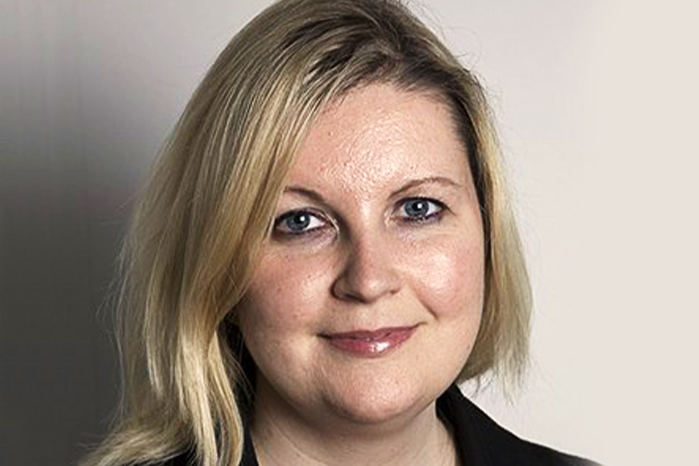 Katrina is editor-in-chief of our flagship financial brand,...Read more

Katrina is editor-in-chief of our flagship financial brand, Investment Week. She became editor of the brand in October 2011, and prior to this, she edited ifaonline.co.uk and Professional Adviser magazine. Katrina started her career at fund strategy magazine. 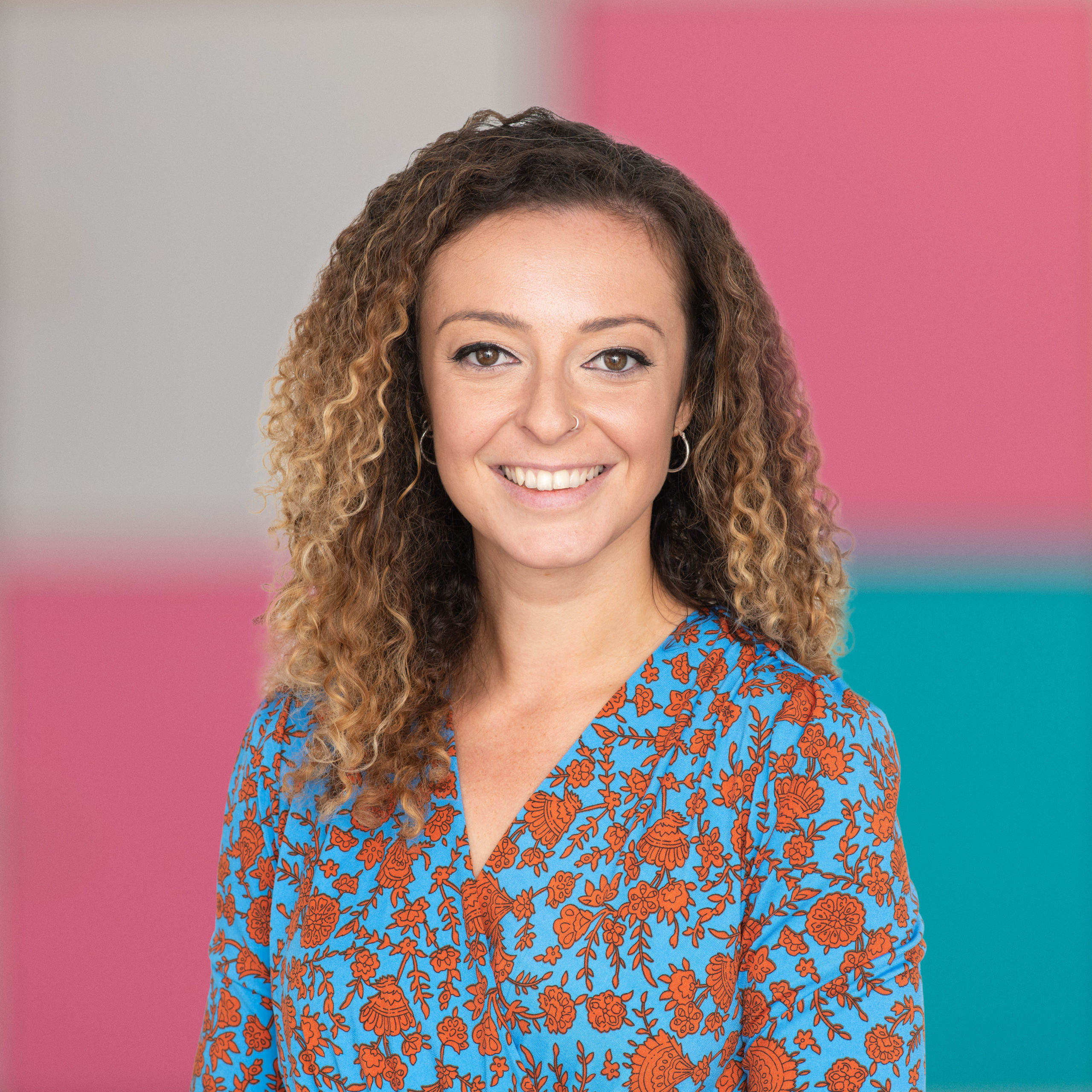 Lauren has been editor of Investment Week since...Read more

Lauren has been editor of Investment Week since October 2020, having previously held roles as acting editor and special projects editor since she joined Incisive Media in September 2018.

Prior to this, Lauren was an investment writer for FundCalibre and Chelsea Financial Services, where she wrote investment articles and columns, and collated research, for both national and trade publications.

Having initially cut her teeth as a journalist at local newspapers in both Devon and South London, Lauren began her career in financial journalism at FE Trustnet, where she specialised in research and data-based articles focusing on actively managed funds as well as broader macroeconomic topics.

She has a degree in English Literature with Creative Writing from the University of Surrey and an NCTJ Gold Standard diploma from News Associates, Wimbledon. 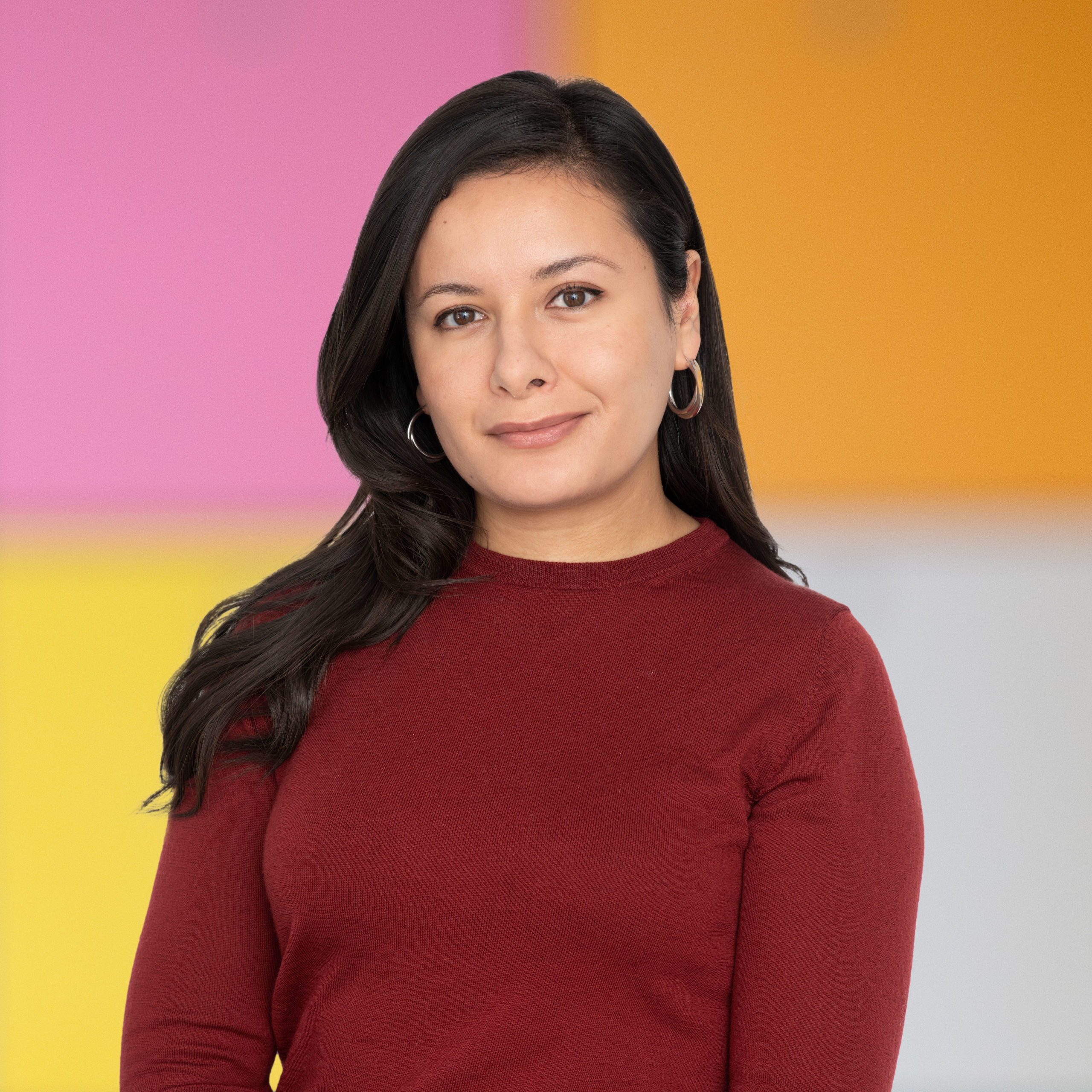 Nima Sherpa Green is a British/Sherpa journalist and editor of Channel Partner Insight.

Nima has a multimedia background in newsrooms across the world, as a commissioning editor at The African Business Magazine; producing at the Russian World Radio Service London Bureau; and reporting at Vice Magazine and the Herald Sun in Australia.

She has an MA in Journalism from Monash University, Melbourne, and a BA in Southern African political history from the University of Sheffield.

Her work has appeared in Vice Magazine, The African Business Magazine, The Guardian, Sputnik News, The Herald Sun, Hipmunk Travel, and Urban Adventures.

Nima was born in Kathmandu, Nepal, and has lived and worked in Uganda, South Africa and Australia. 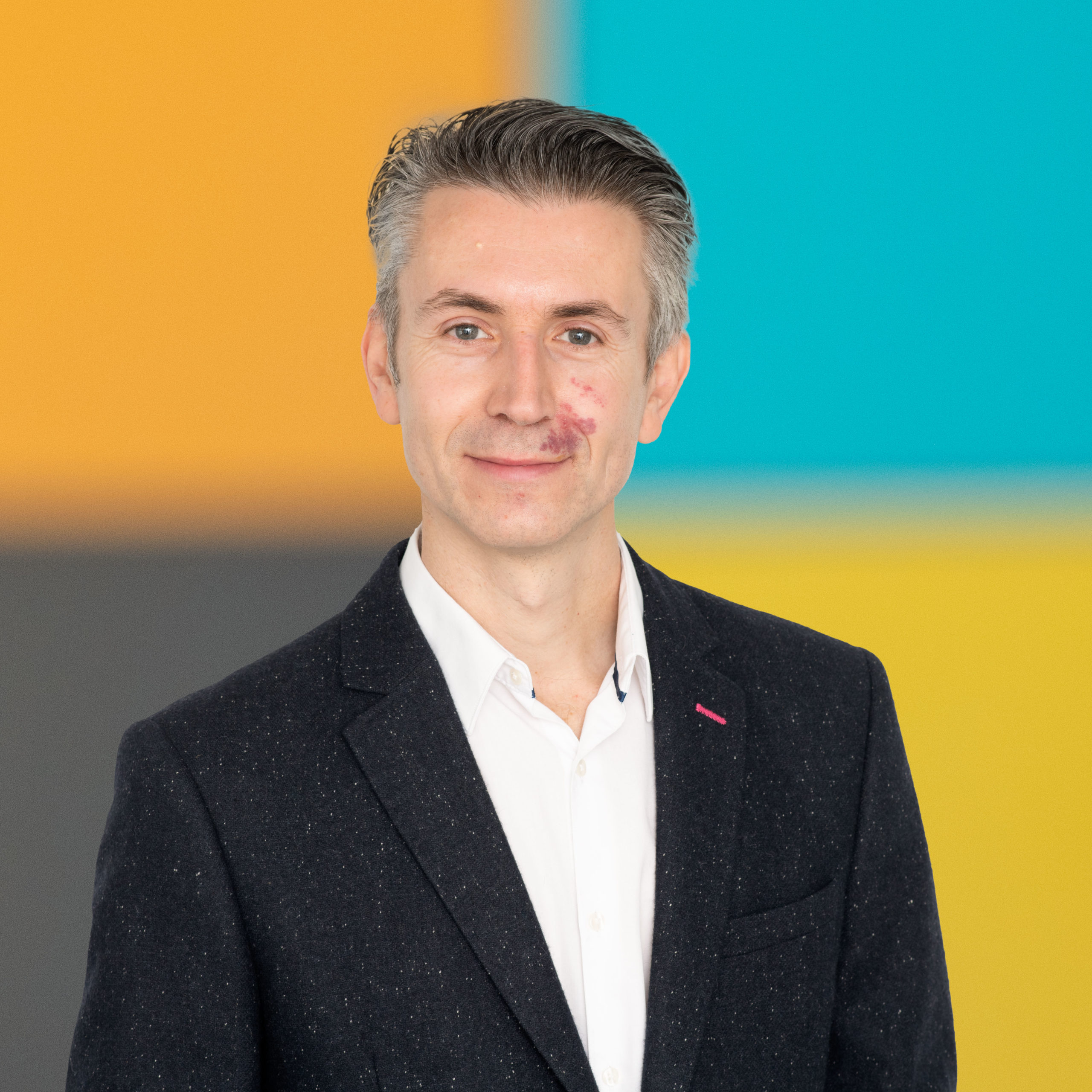 Stuart is Editorial Director of Incisive Media's technology brand Computing. He oversees all content across digital, Computing Delta and events - including the IT Leaders' Dining Club and Computing conferences. 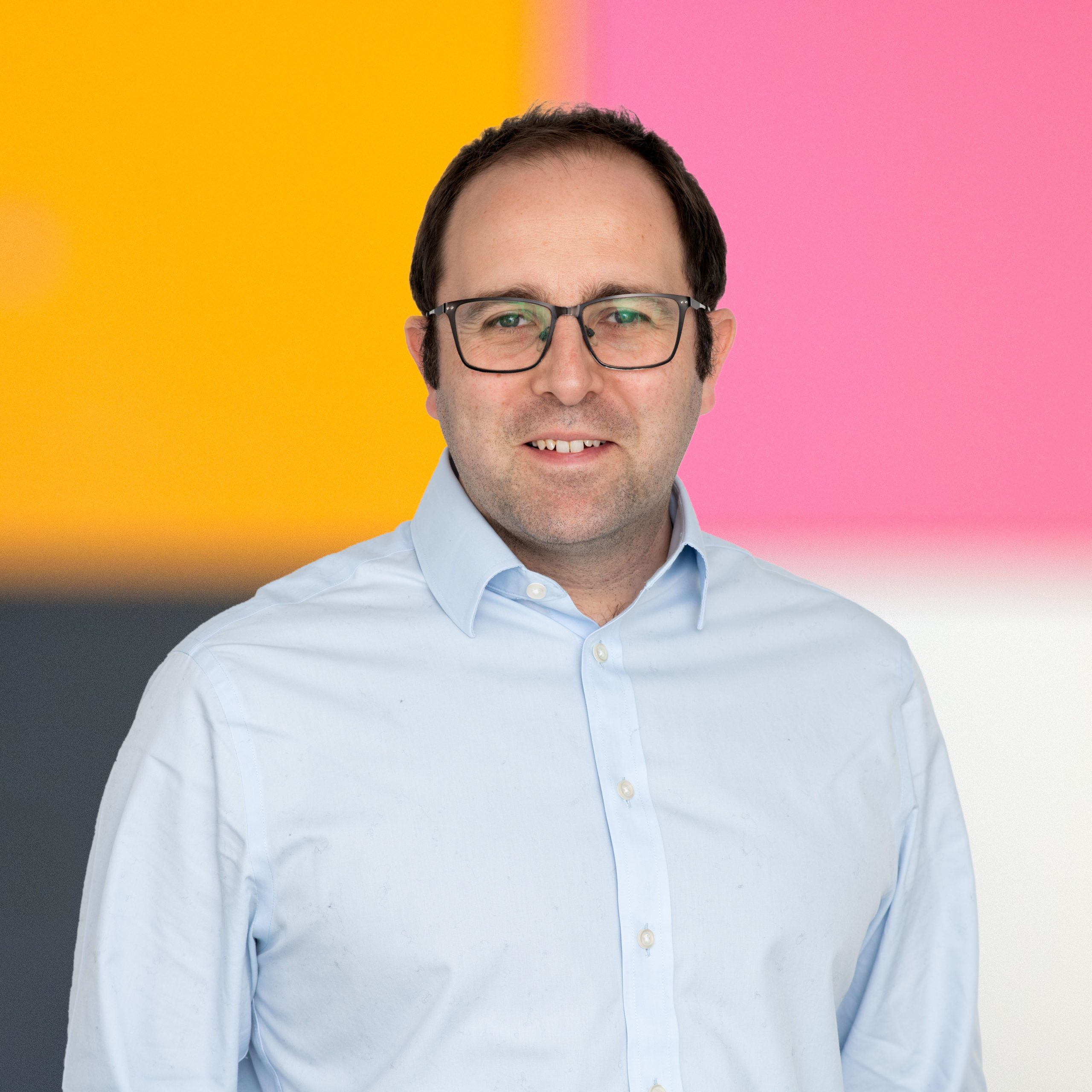 James Murray is editor-in-chief of BusinessGreen and one...Read more

James Murray is editor-in-chief of BusinessGreen and one of the UK's leading environmental journalists and commentators. He co-founded BusinessGreen in 2007 and has overseen its development into Europe's leading green business media brand. 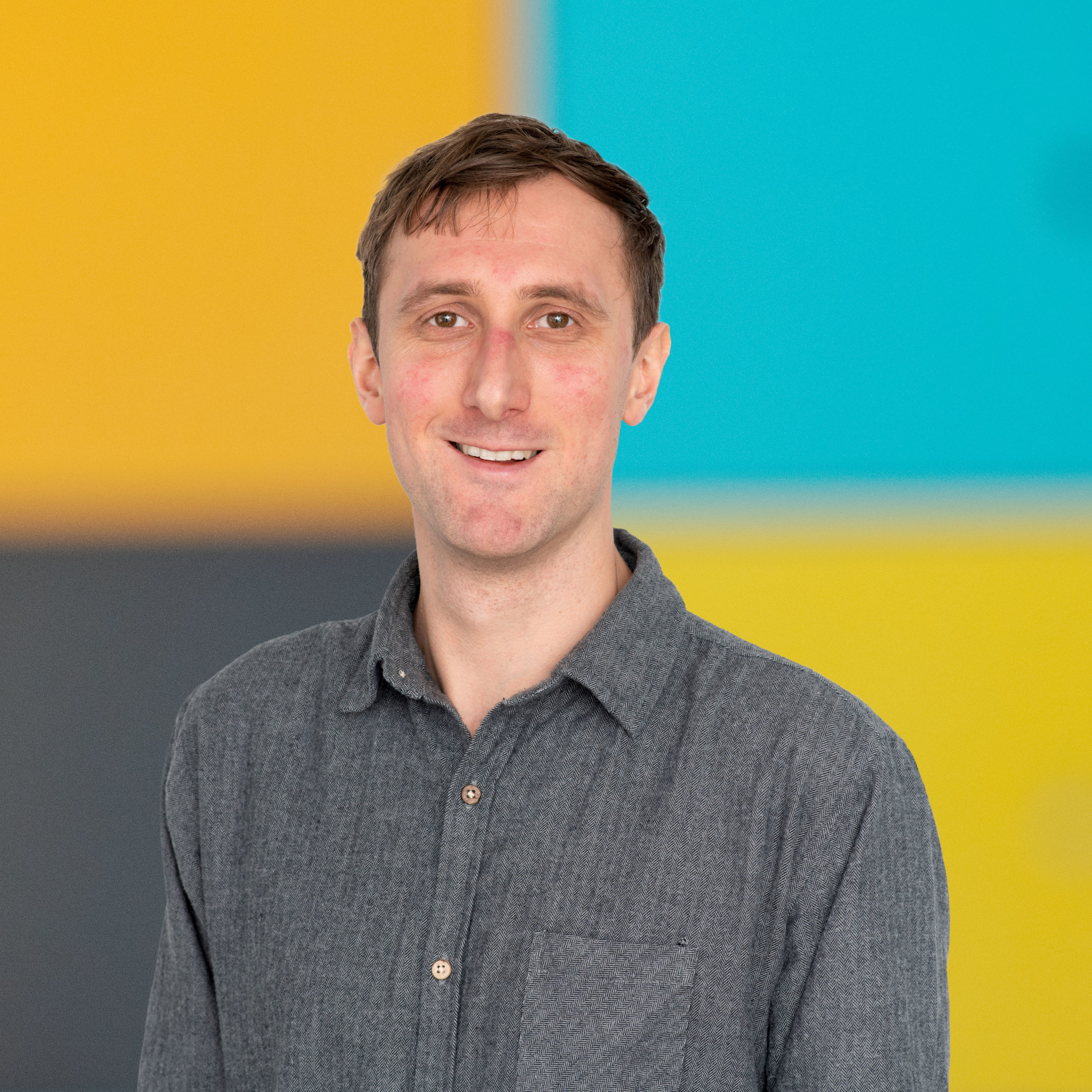 Josh Budd is editor of CRN. He joined...Read more

Josh Budd is editor of CRN. He joined Incisive Media in 2016 and was previously the editor of CRN’s sister title Channel Partner Insight.

As editor, Josh leads the editorial strategy of CRN and writes news, analysis and opinion pieces on trends and issues shaping the IT channel in the UK.

Before joining Incisive Media, he completed an NCTJ in Multimedia Journalism at News Associates and a Master's degree in English Literature at University College London. 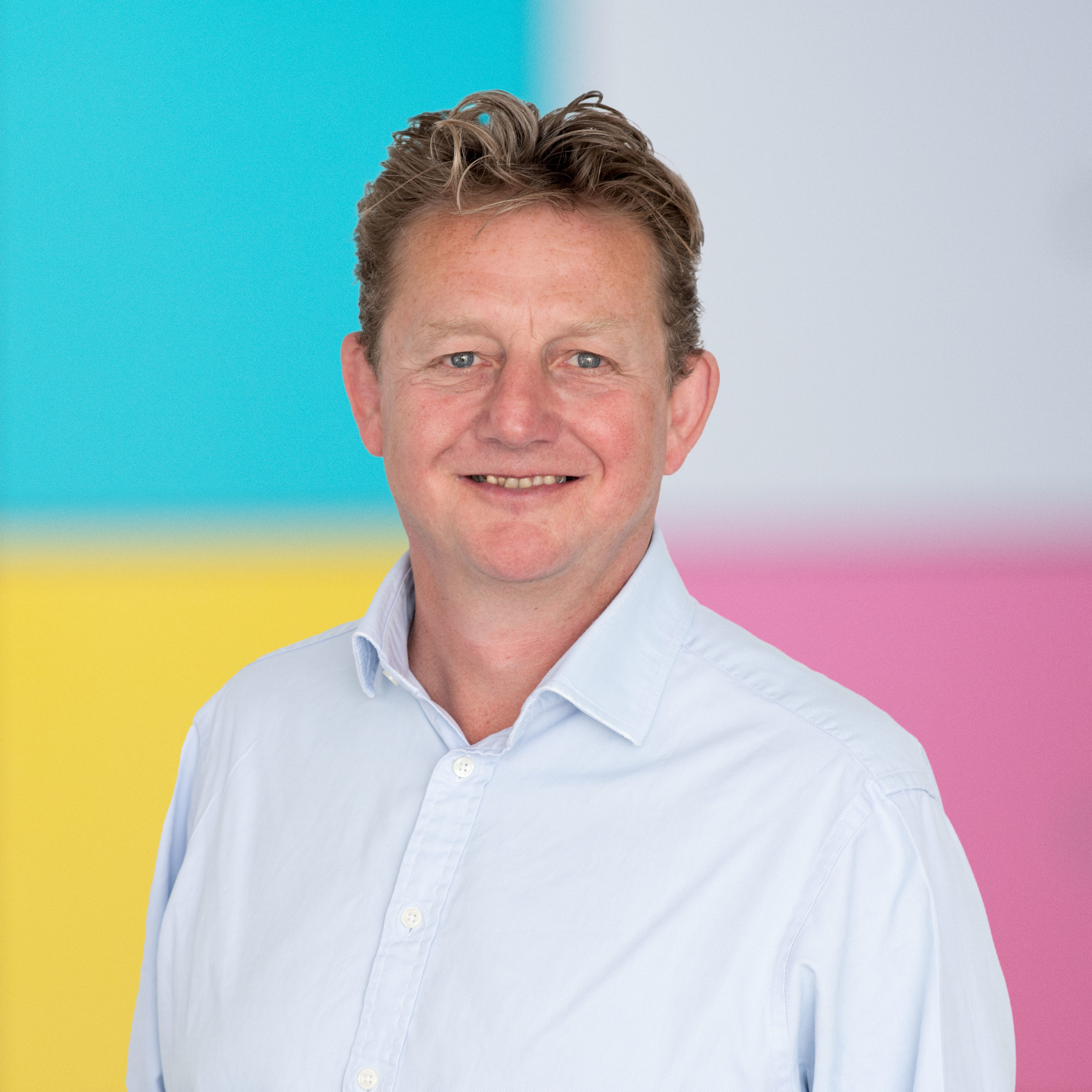 David has a career track record in senior...Read more

David has a career track record in senior commercial management positions in media. He worked for nine years as the Group Publisher of Centaur’s Financial Portfolio before moving to the Managing Director role at The Financial Services Forum where he has been for the last eight years 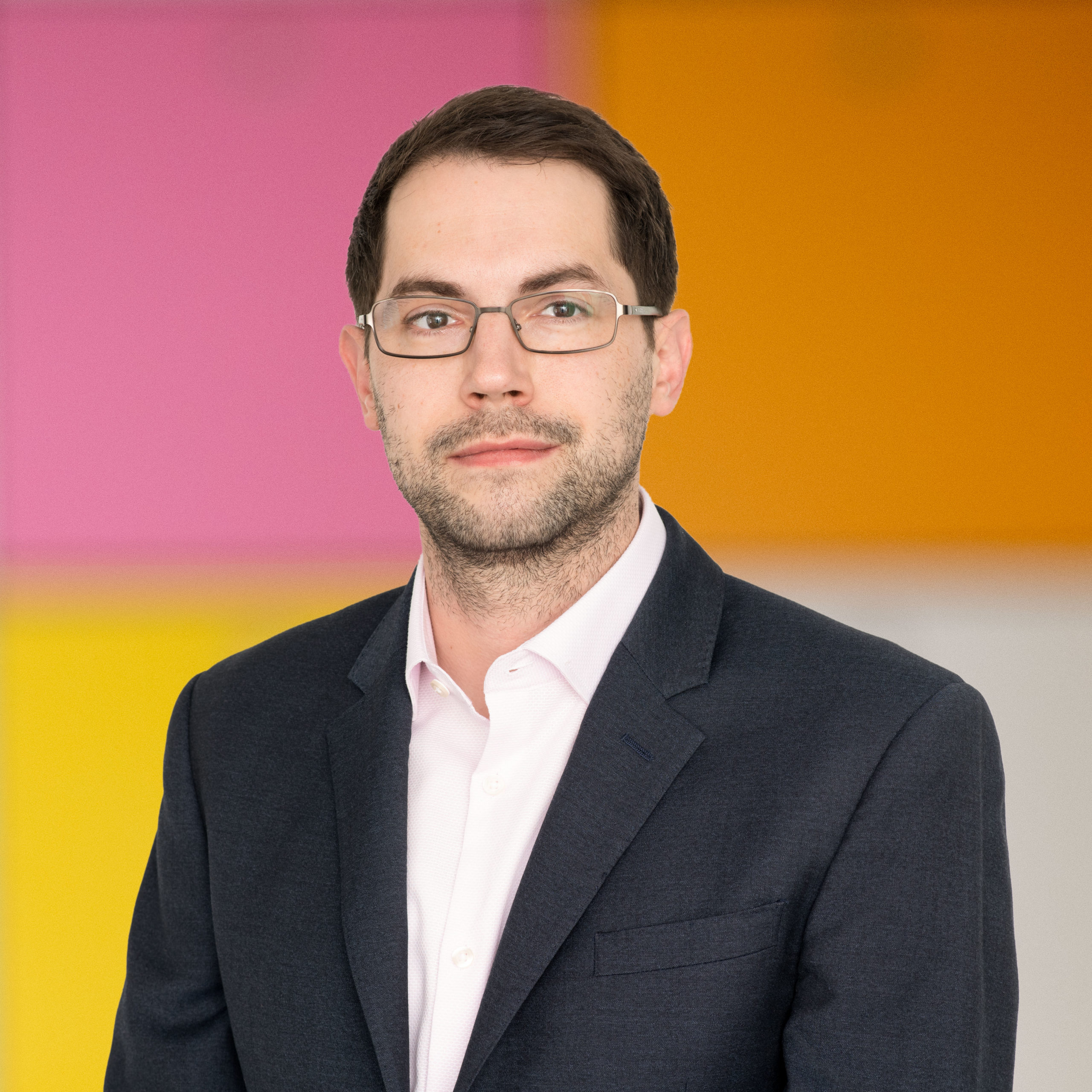 John Brazier is an experienced B2B journalist and editor. He took on the position of editor for COVER in February 2021. He was previously editor of The Trade, a buy-side publication for a readership of global asset managers, hedge funds and traders. Prior to this, John spent three years with WatersTechnology, a fintech publication with a global audience, where he held roles of European staff writer and then deputy editor, working across the buy- and sell-side brands of the title. He has also worked on a number of energy, personal finance, retail IT and technology brands, and has personal interests in literature, technology and environmental issues. 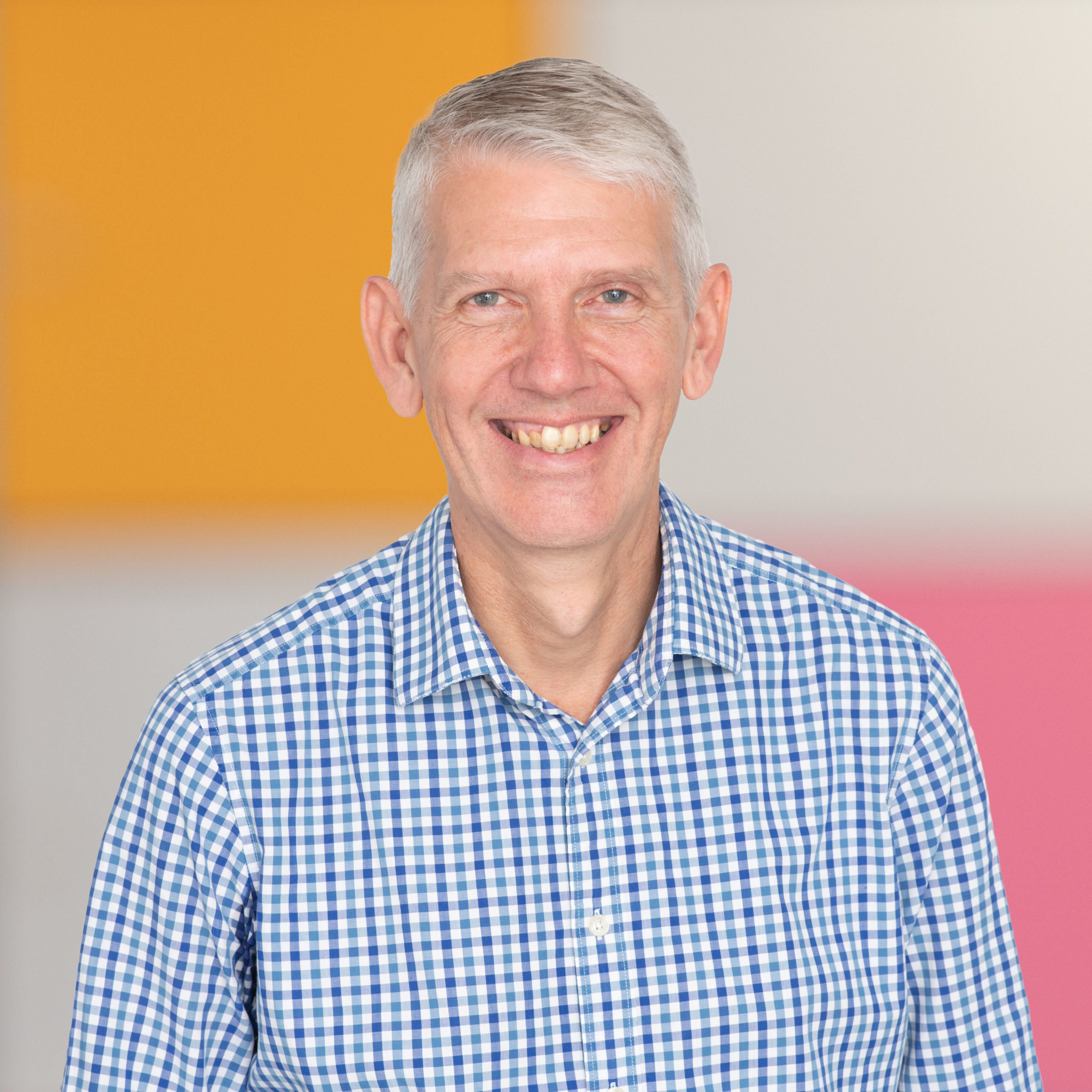 Mark is a highly experienced financial journalist with more than 30 years on a range of UK-based investment and other financial titles, including a six-year stint as editor of International Adviser, five years as editor of New Model Adviser and five years at the FT Group. 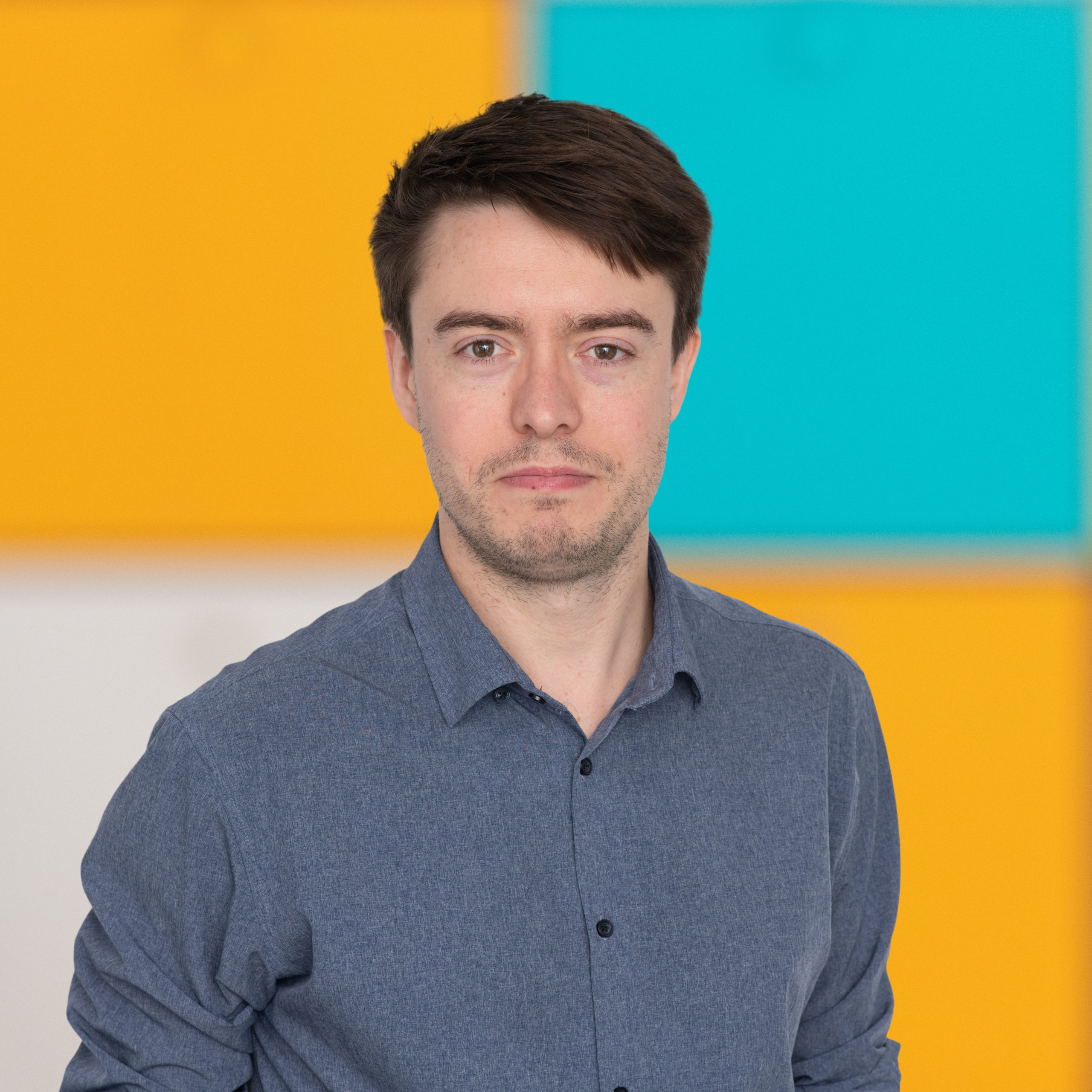 Alex Sword is the editor of the Financial...Read more

Alex Sword is the editor of the Financial Services Forum's website. He is a former editor of InternetRetailing's eDelivery brand and has held editorial roles at SJP Media and Computer Business Review. 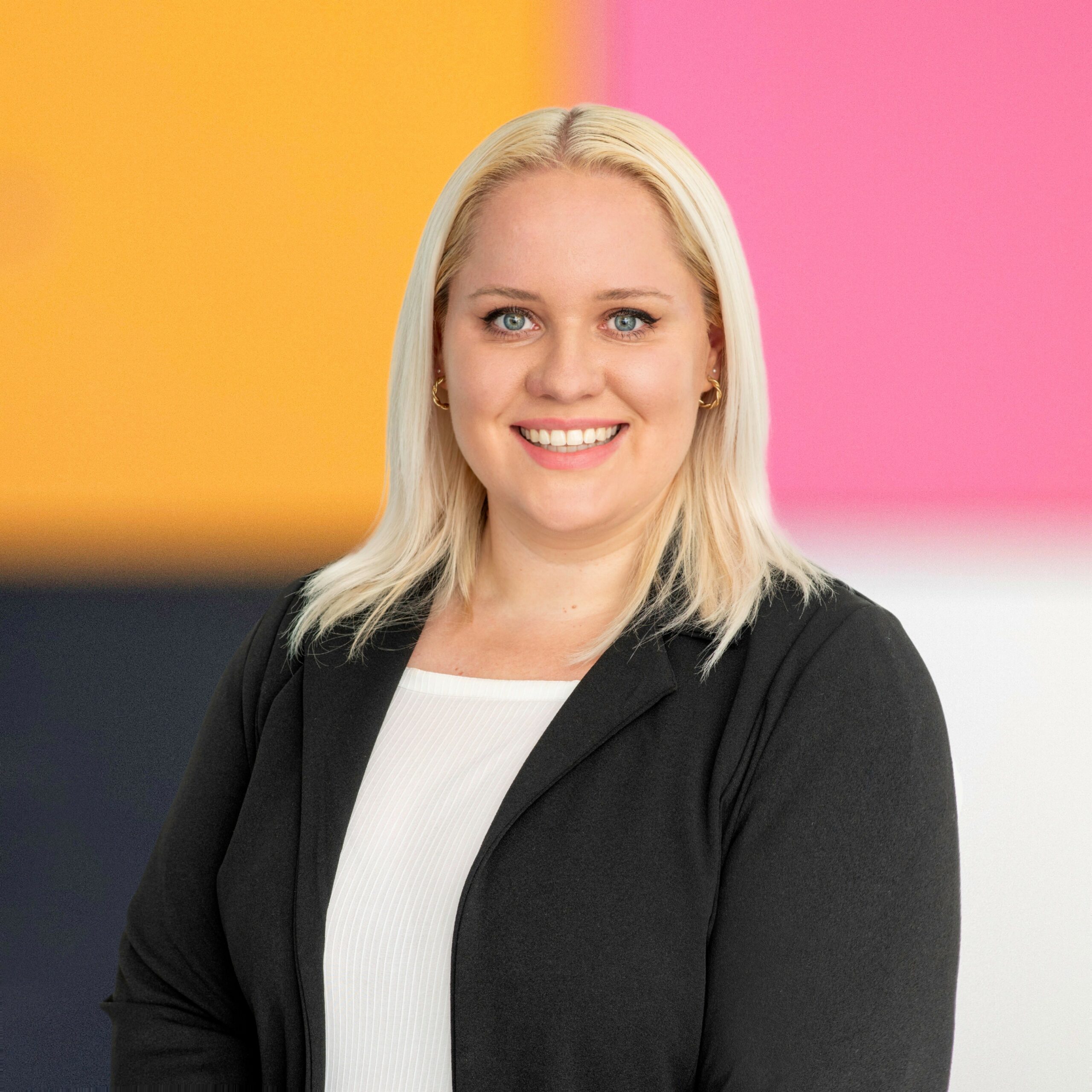 Hope William-Smith is editor at Professional Adviser. She first joined Incisive Media as news editor of Professional Pensions in 2019 before becoming deputy editor in 2022. Hope was highly commended for Willis Towers Watson's DB Journalist of the Year in 2021, and shortlisted for Headline Money’s Rising Star of the Year and Financial Health and Life Insurance Journalist of the Year awards in 2019. She graduated from the University of New South Wales in 2015 with a Master of Law, Media and Journalism. Prior to that, she completed a BA in Politics and International Relations at the University of Sydney. Outside of work, she enjoys playing sports, learning languages, and travelling.

People are by far our most important asset and our staff play the leading role in our success. Become part of our team and work in a supportive and entrepreneurial environment that encourages and nurtures innovation.

Digital Publisher of the Year

Incisive Media has been awarded the AOP Digital Publisher of the Year title a record five times in 2010, 2013, 2016, 2017 and 2020. We are also the current PPA Connect Grand Prix event organiser, awarded for Outstanding Contribution to the sector.

AOP employer of the year award 2020

Citing the employer of the year award, the judges thought that Incisive Media had made impressive progress in their quest to make their company a supportive place to work. A highlight was their achievement in not having a gender pay gap. 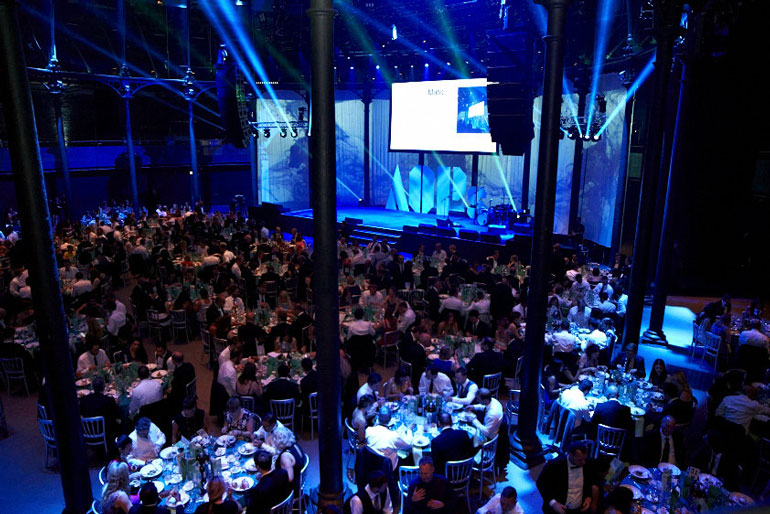 We have been awarded the coveted AOP Digital Publisher of the Year title a record five times in 2010, 2013, 2016 and 2017 and 2020. We are also the current holder of the PPA Connect Grand Prix event organiser accolade, awarded for an outstanding contribution to the sector.

Incisive Media are supporters of

A responsible approach to the environment is essential to ensure the future sustainability of our business and the role that we play in the communities that we serve. Our view is that care for the environment goes hand in hand with our work as a media business. We continually develop and revise our sustainability approach to satisfy our ambitions, and encourage and empower everyone who works at Incisive Media to be aware of how the work we do affects wider society. 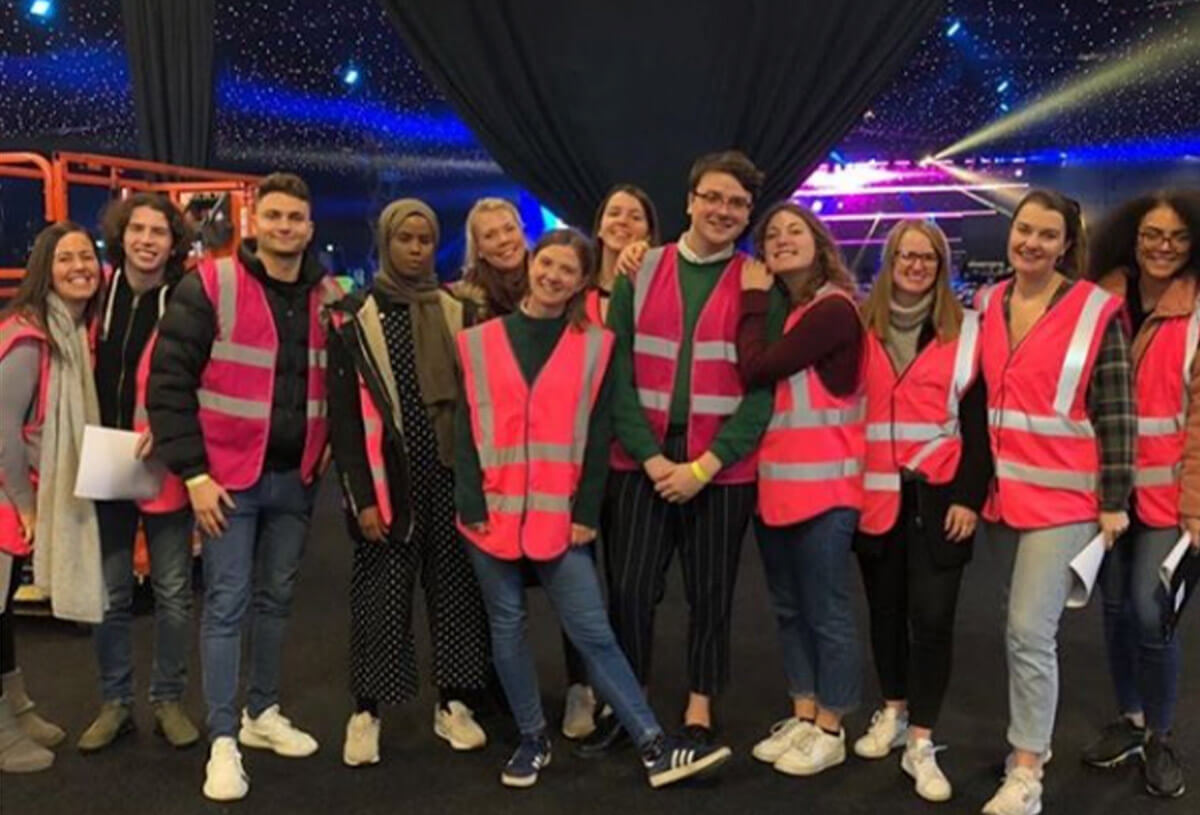 Incisive Media strives to recruit, develop and retain the most talented people regardless of their social background, age, sex, ethnicity, religion/belief or disability and to make use of their talents. Diversity at Incisive Media means valuing everyone as an individual. 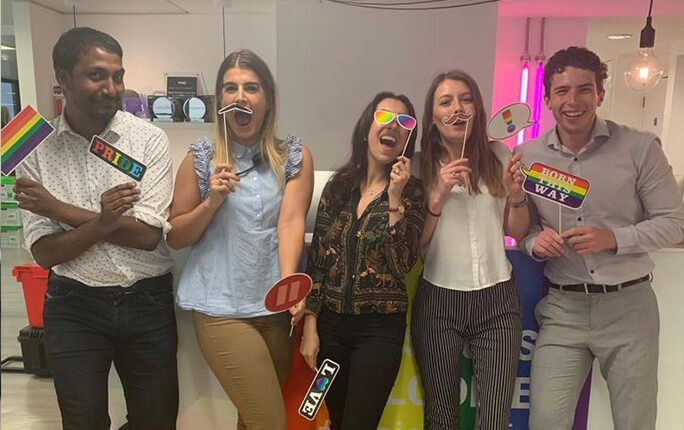 The Incisive Media Foundation partners with local and international charities that aim to improve the education and career opportunities among disadvantaged people, raising significant funds for those charities through Incisive Media’s portfolio of client events. The Foundation also seeks to provide a framework through which staff can volunteer a small amount of their time to contribute their skills and make a meaningful difference to the lives of others. 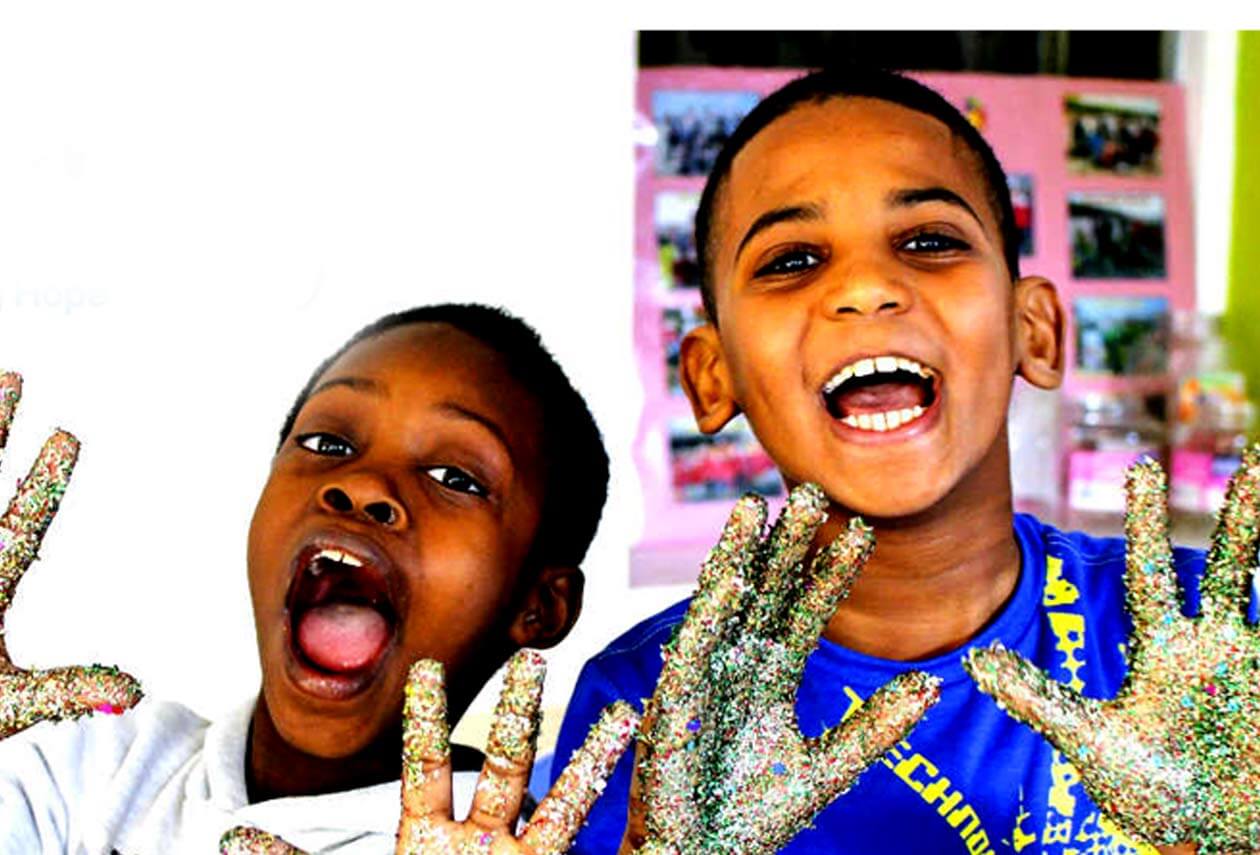 The history of Incisive Media

Incisive Media acquires Timothy Benn Publishing (owner of Post Magazine). Incisive Media IPOs with a listing on the main market of the London Stock Exchange valuing the company at £75m.

Incisive Media completes a trio of significant acquisitions, MSM International and UK publishing business VNU Business Publications Ltd, formerly part of The Nielsen Company along with American Lawyer Media (ALM), an American publisher with the world’s largest portfolio of legal publications including Law.com creating a business with 2500 employees and an enterprise value in excess of £1bn.

Following the financial crisis Incisive Media announced a consensual restructure of the group. ALM was separated from the Group and was Acquired by RBS and Apax Partners. In the same month Incisive Media agreed a debt-for-equity swap with its lenders.

Incisive Media receive five nominations for the June 2010 Association of Online Publishers awards and was voted Digital Publisher of the Year.

Incisive Media creates the Incisive Media foundation to partner with national charities to help improve the education and career opportunities among disadvantaged communities.

Incisive Media sells Computeractive to Dennis Publishing and BusinessGreen launches as a the UK’s first and foremost sustainability news and analysis site for professionals in the burgeoning green economy.